This post applies Mike Caulfield’s strategies of web literacy to examine the reliability of web content, and is followed by reflections on web sources.

Lucky Anna was intriguing, to say the least. The whole story was so outrageous that there was no way it was made up, right? It peaked our interest so we decided to investigate. 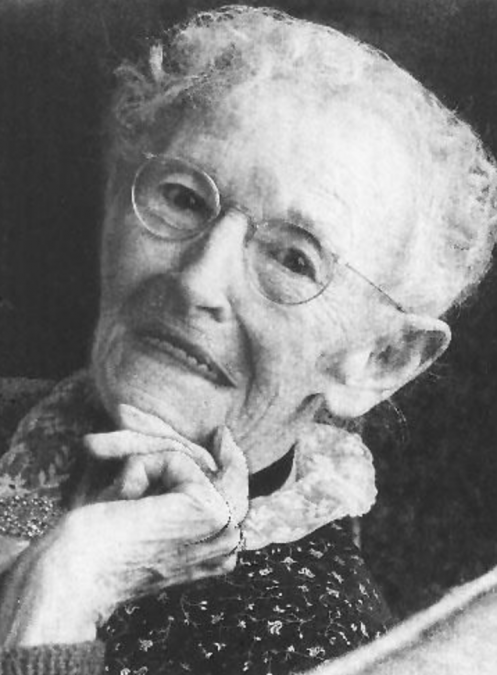 “Anna Mae Dickinson is quite possibly the luckiest woman ever. She survived the sinking of both the Titanic and Lusitania, the Hindenburg explosion, the bombing of Pearl Harbor, and, when she was 97, the destruction of her apartment during the 9/11 terror attack.”

As per Mike Caulfield’s instructions, we Google searched the name Anna Mae Dickinson in order to find any articles which might help us discern who or if she even was. Apart from a handful of Pinterest posts describing this story, we were lucky (pun intended) enough to find two articles, one from Snopes and one from Irish Central, which provided us with the much needed answers. We should mention, however, that the Irish Central article heavily relies on the information in the Snopes fact check, so we will mainly focus on the latter. According to Snopes, Anna Mae Dickinson never existed. With sources provided to back up these claims, the website points out that, upon inspection of the passenger list, no one by the name of Anna Mae Dickinson was on the Titanic. What is more, a reverse image search showed that the woman in the photograph was actually an American folk artist Anna Mary Robertson Moses (known as Grandma Moses). (Check for previous work.)

This story originated in 2006 as an interview in an article on the InstaPunk website, which we were able to find through Snopes. The article was allegedly published in the New York Intelligencer newspaper, but another simple search showed that there is no such publication. There is a column in New York magazine called Intelligencer, but it has never covered this particular story. The report itself is very flimsy, at best. It offers no proof for its claims and it seems as though the only goal was to emotionally manipulate people into believing an absurd story for a few laughs. (Go upstream.)

The only feedback we could find on the InstaPunk website concerning the story was “you guys are evil”. This, of course, isn’t enough to base an opinion off of, though you have to wonder why someone would write that, if not for good reason. The Snopes article doesn’t have a comment section, but the website itself receives a lot of praise and is very commonly used when wanting to crack urban legends and myths. (Read laterally.)

Conclusion: The story of Lucky Anna was made up. Fortunately, it didn’t take too much digging to solve this mystery. The very first article provided more than enough reliable information to arrive at this conclusion, which is why it wasn’t necessary for us to go through the fourth step and look further. (Circle back.).

The second part of this post answers two of the questions posed in the lecture.

Why do we trust some sources more than others?
There are many factors at play when it comes to where we go to get our information. A lot of it has to do with the reputation of certain sources. On the one hand, if we are aware of a newspaper’s subjectivity when reporting on important issues, or, for example, corruption, as is largely the case here or in the US, it will immediately turn us off and cause distrust when stumbling upon their articles. On the other hand, we are more likely to trust information we get from sites or papers we have had positive experiences with, e.g. they’ve been reliable on previous occasions. We also have to take into account what is being reported and how. If a source mostly reports on trivial or topics that are not as serious, it might not be the smartest idea to blindly trust it without checking elsewhere. Also, the language used is very important, in our opinion. The constructions have to match the tone, the vocabulary has to correspond to the topic, and the author needs to refrain from using offensive language or emotional manipulation. Of course, it couldn’t hurt to add the references used when writing the article, which would give us a chance to do our own work.

How do we make sure we are not excluding valuable sources? What are the dangers of a diet of news from only one type of source?
No matter the topic, we must make sure that we go through more than just one source when researching. The information glut we are witnessing gives us free access to so much content, thus making it easier for us to find numerous links and reports. Looking into various sources provides different viewpoints, even those we might not agree with, and this doesn’t have to be a bad thing. New ideas or solutions just might be in one of the sources we didn’t check. A lot of people avoid certain publications because they disagree with the content or the angle from which it is presented. This is dangerous because we could be running headfirst into a wall of possible misinformation, blatant lies or manipulation. We cannot get too comfortable, not even with the sources we are used to or enjoy reading through. Nor should we solely rely on the information presented to us under the guise of reliable publication. Doing our own research and further investigation into some issues could be just as fun as it is helpful and encouraged.